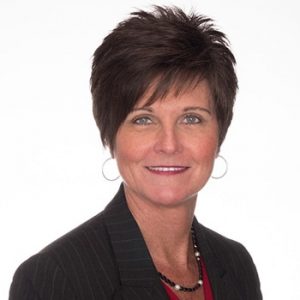 Nannette works as a trusted advisor to PK-12 school district leaders in Kentucky. She has shared her expertise in building continuous improvement processes to help her partners transform their schools and improve outcomes for the students in their communities.

Nannette has always been drawn to leadership opportunities and has been tapped to fill essential leadership roles. As an elementary school teacher, Nannette was selected early in her career by her school administration to lead the transformational change as part of the Kentucky Education Reform Act. In 1993, the district placed a major investment in early intervention and early childhood development, expanding to the preschool program throughout the district and adding 25 full-day kindergarten programs. The district selected Nannette as the first Director of Early Childhood for the district to lead this endeavor. She left the classroom in 1993 and served in that role until 2006. In 2006, the school district was conducting a superintendent search and were unsuccessful in making a selection. The success and state recognition received by the district early childhood program caught the attention of the school board, and they asked Nannette to serve as the interim superintendent in 2006 and then selected her to remain in that role. In 2014, Nannette was selected as the Kentucky Superintendent of the Year. She retired in 2016 after serving 10 years as school superintendent for Hardin County schools, a 15,000-student district.

In 2013, Nannette worked in collaboration with Western Ky. University, the Hardin County Board of Education, The Community Foundation and business partners to build the Hardin County Schools Early College and Career Center (EC3). The facility and programs serve as a model throughout the state. The programs have offered new opportunities for students that were not available in the past. The district named the large community meeting hall in this facility the Nannette S. Johnston Hall to recognize her vision that became a reality.

Positive culture, community partnerships and collaboration were trademarks during Nannette’s tenure as superintendent. In 2015, Nannette was invited to attend a conference with Studer Education. Nannette was impressed with the continuous improvement work. Following retirement, Nannette was determined to bring Studer Education opportunities to school districts in the state of Kentucky.

Kentucky Superintendent of the Year (2014)

Superintendent of the Year | Kentucky Association of Pupil Transportation (2010)

© 2019 Huron Consulting Group Inc. and affiliates. Huron is a global consultancy and not a CPA firm, and does not provide attest services, audits, or other engagements in accordance with standards established by the AICPA or auditing standards promulgated by the Public Company Accounting Oversight Board (“PCAOB”). Huron is not a law firm; it does not offer, and is not authorized to provide, legal advice or counseling in any jurisdiction. Huron is the trading name of Pope Woodhead & Associates Ltd.
0
X