In the beginning when a leader steps into a new role, everything is possible. Good leaders will take on new challenges in their careers with enthusiasm and optimism. Great leaders will do even more. If they want to have an impact in a new job, they know that they also need to push for greatness at every level: in their one-on-one relationships, with their teams, and for their organization.

There may come a time where you find yourself as a new manager or leader within your career. What will you do? How will you manage? How will you make an impact? If you want success out of the gate, then you’ll have to truly be open to learning, communicating openly and honestly, and being prepared to take action when needed. Here are five tips for new leaders as they take on their new positions:

As a new leader, get to know your team.

In your new role, you probably inherited a new team. Whether you worked alongside them as a part of the team or you’re coming in from the outside, your team is probably a little excited and a little terrified by your arrival. Start by assuming that your new team has tremendous value that they can contribute to you and your organization’s future. Invest in each of the members of your team. Understand the team’s capabilities. Figure out each of their working styles. Get curious. What do they like? What do they not like? What do they really want to do with their career? What gets them the most excited to get out of bed each morning? Is someone being underutilized? Does someone have a hidden talent that can benefit your team?

During your first week, try to meet with all of your direct reports for at least an hour. Ask them what they enjoy doing and what they aspire to be doing in the next 2-3 years. It could be the case that the role the individual is in today isn’t necessarily fully utilizing their skills. A little change in role definition could turn a solid player into a rockstar. As a leader, it’s important to realize that every member on your team has a superpower–and it’s your job to make sure they get to use it.

As a new leader, over-communicate.

Oftentimes when someone new joins a team, it can create some nervousness. Your team wants to know what you are going to change and what direction you’re going to take the team. Be as open and transparent as possible. Communicate until you’re blue in the face. Share what you’re thinking. Start by outlining a 30-day or 90-day plan. You might not have specific opinion just yet, but you can still share with your team what you would like to learn about and evaluate. The more transparent you are, the more likely people will be comfortable around you and start to build a sense of trust. As a new leader, you might not know your full strategy, but you can definitely talk about your values, priorities and observations.

As a new leader, ask questions.

Jeanne DeWitt, Head of Sales for US & Canada at Stripe and former CRO at UberConference, has a rule that says about 50 percent of the words coming out of a new leaders mouth should end with a question mark in the first 30 days. When DeWitt first became a manager, she was introduced to the concept of being a “knower” versus a “learner.” A knower assumes she has the answers, whereas a learner will admit that she doesn’t — even if she has significant experience. Being genuinely excited about the opportunity to learn and understand what’s going on within the organization builds credibility, and generally makes you more approachable.

Be certain to tell people that all you plan to do is ask questions in the first month. Don’t make the mistake of being a “knower” assuming you have the answers. Rather, be a “learner” and admit you don’t have the answers.

As a new leader, get your hands dirty.

Spend time doing the work that your team actually does. This tip will help you establish yourself as someone who leads by example. It will also help you learn first-hand about all of the different challenges that your team might experience on a day-to-day basis. UberConference has every new member of the team spend a week as a guest member of their customer support team. As a result, new team members feel more connected with the customers and are able to understand the why behind changes to the product, tools and messaging that are being implemented.

If you can understand what is happening on the front lines, you’ll gain a unique perspective when making strategic decisions and communicating them to your team.

As a new leader, listen first and then act.

Chief Marketing Officer Lisa Maulhardt says, “Leaders who challenge their own assumptions become far wiser and gain much more respect than those who try to establish authority too quickly.” As a new leader, listen to what your team has to say. Listen, listen, listen…but don’t forget to act. Listening doesn’t mean that you have to be passive. Make a couple of small key moves that demonstrate your intention to change things for the better.

© 2019 Huron Consulting Group Inc. and affiliates. Huron is a global consultancy and not a CPA firm, and does not provide attest services, audits, or other engagements in accordance with standards established by the AICPA or auditing standards promulgated by the Public Company Accounting Oversight Board (“PCAOB”). Huron is not a law firm; it does not offer, and is not authorized to provide, legal advice or counseling in any jurisdiction. Huron is the trading name of Pope Woodhead & Associates Ltd.
0 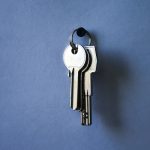