Phase 1: During this initial phase, we are very new to a role, process, or skill. We don’t know what we don’t know because it is still too new. One could even say we are a bit incompetent. We’re not saying we didn’t bring competency to the job or that we’re going to stay incompetent. It’s just that in the current position, we are not nearly as competent as we need or want to be.

Phase 2: During the second phase, we are aware of what we don’t know. We’ve identified a gap between our current skill set and where we need to be to become successful. This phase accounts for the large dropout rate in college early on. It’s also why 27% of employees who quit leave within the first 90 days.

Phase 3: In this phase, the skill set is there, but reminders or checklists are still needed to fully execute responsibilities. We are likely still unsettled, but we understand the need for change and have embraced it or at least have accepted it. So the goal for organizations is to get people to the point where they know the needed skill and have the opportunity to take advantage of development and mentoring. This allows them to know “what right looks like” and to perform the skill frequently enough to become consciously competent in it.

Phase 4: In this fourth phase, a task can be completed without reminders. It has become second nature, and we can’t imagine doing it any other way. By executing the skill over and over, we become unconsciously skilled, or unconsciously competent. At this point, we can do more than one thing at a time, without even thinking about it. 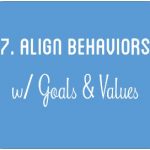 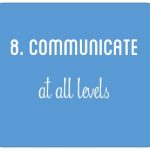