This past Saturday (September 24, 2016) was a proud day for Greg Gibson, a member of the Judges Panel for the Malcolm Baldrige National Quality Award. As superintendent of Schertz-Cibolo-Universal City Independent School District (ISD) in Texas, Gibson was delighted to see his district’s board of trustees publicly recognized for its performance at the annual convention of the Texas Association of School Administrators (TASA).

Specifically, the board of trustees for Schertz-Cibolo-Universal City ISD is one of five (among school boards for about 1,100 public school districts across Texas) named a “2016 Texas Honor School Board” by TASA. Selection criteria for the annual award include “support for educational performance, support for educational improvement projects, commitment to a code of ethics, and maintenance of harmonious and supportive relationships among board members,” according to the TASA website.

Describing his board’s recent achievement, Gibson explained, “Starting about five years ago, we took the bold step of wiping our slate clean of our previous agenda in order to focus our actions at board meetings on student achievement and staff satisfaction and engagement. Previously, we had wasted too much time at meetings on other issues.”

He added, “We started with the definition of governance in glossary found in the back of the Baldrige Excellence Framework booklet (which includes the Education Criteria for Performance Excellence). The definition, which reflects the systems perspective that is a core concept of the Baldrige framework, begins as follows:

“We built on that definition and the Baldrige Criteria concepts in item 1.2 [the section on an organization’s governance system],” explained Gibson.

To improve its focus on the school district’s true priorities during board meetings, Gibson said, the seven board members and school system leader initially worked on improving the governance board’s performance in relation to 29 indicators of excellence from a longstanding state self-assessment tool.

“Once we maxed that out, we looked to continuously improve by moving to the Baldrige Criteria,” said Gibson. “The new self-analysis we built—it’s an inventory for good governance—is based directly on the Baldrige Excellence Framework. We’ll start using it in the next school year.”

For the statewide award received by his board last weekend, Gibson noted, “We wrote our application around the work our trustees are doing with the Baldrige framework.”

Congratulations to the board of trustees for Schertz-Cibolo-Universal City ISD—and kudos to all boards of directors that similarly are using or plan to use the Baldrige framework to achieve and sustain good governance!

Our mission at Studer Education is to help education systems achieve measurable results that produce positive outcomes in student achievement, employee engagement, support services, and financial efficiencies and productivity. Our goal is to help school systems provide students with a great place to learn, teachers with a great place to teach, and parents with confidence that their children are getting a great education. Follow us on Twitter at @StuderEducation and visit us online at http://studereducation.com. Studer Education is a division of Studer Group, a recipient of the 2010 Malcolm Baldrige National Quality Award.

© 2019 Huron Consulting Group Inc. and affiliates. Huron is a global consultancy and not a CPA firm, and does not provide attest services, audits, or other engagements in accordance with standards established by the AICPA or auditing standards promulgated by the Public Company Accounting Oversight Board (“PCAOB”). Huron is not a law firm; it does not offer, and is not authorized to provide, legal advice or counseling in any jurisdiction. Huron is the trading name of Pope Woodhead & Associates Ltd.
Service Excellence across Educational SystemsService Excellence 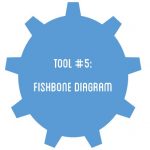