We want to introduce two of our special partners to you—the University of West Georgia (UWG) and South Louisiana Community College (SLCC). We interviewed leaders from each of these higher education institutions to ask about their process for follow-up to their administration of the employee engagement survey. What do they do with results from the survey? As you read the interviews consider what you might transfer for your organization and constituents.

Why was collecting employee perception data through the Employee Engagement Survey an important step for you and your organization?

UWG’s president, Dr. Kyle Marrero explained that the Employee Engagement Survey is how they annually benchmark, analyze, compare, and build action plans around improving the workplace environment. They base their plans on the perceptions of every employee, faculty, and staff member who complete the survey. Marrero says, “It’s not just an exercise in terms of collecting data, but more importantly, it’s to build upon the actions of supervisors and leaders.” The survey itself, now in its fourth year, has a voluntary participation rate of over 80% and has become an effective tool in the institution’s continuous improvement.

SLCC’s interim, Assistant Dean of Instruction Courtney Schoolmaster described how vital data has been to changes in the campus climate; newly challenged by the merger of 2 institutions. Schoolmaster explains, “We had problems. We were at an all-time low for morale. We didn’t seem to be steering the ship in the correct direction. One of the first things we felt was really important was to no longer use anecdotal evidence, and instead, get some hard numbers to really target the problems and start to work on them.”

How did you use the survey data at the institution and departmental level?

UWG conducts pre-survey town hall meetings to promote total transparency. During the results roll-out process, they host follow-up meetings and request input from their constituents. At these meetings, leaders ask questions such as, “We scored a little low in this area, why might that be?” This provides the university community with the opportunity to be heard and to prioritize solutions to issues. According to Marrero, “It is great to hear that collective voice in a town hall environment. That becomes the catalyst to the roll-outs that go all the way from divisional, to departmental, to small units, and all the way through the organization. This sets the stage for those action plans that become the accountable piece of the practice. In this process, we are able to share the information in a transparent way, so every voice is heard.”

At SLCC, institution leaders are highly focused on data. Previously, the data they collected acted as a guide, pointing out a need for change, but did not necessarily say where they should put prioritized effort. Schoolmaster explains, “We felt there were many large-scale changes that we had to change first. This year, when we looked at the data, we said okay now it’s time to fine-tune it. We have made some large-scale changes that have really had an impact. Now, we are going back and looking at the specific categories and numbers to hone in on the specific areas that were not addressed by the wide, sweeping changes.”

How does the collection of data support your reward and recognition events?

Best of the West

UWG’s Best of the West reward and recognition ceremony takes place every year in March. The Best of the West recognizes employees, faculty, staff, and team members that are doing exceptional work. The idea of recognizing peers began with the employee engagement survey. The university expanded the opportunity with a peer nomination process that requires evidence of how the nominee’s notable actions align with either UWG’s Strategic Imperatives (academic success, student success, partnership success, operational success) or one of their 8 Core Values (wisdom, inclusiveness, integrity, sustainability, caring, achievement, collaboration, and innovation). The awards celebration has been hugely successful. The leadership team is beginning to see that the behaviors rewarded are getting repeated by others within the institution.

It Starts with Me Reward and Recognition

SLCC’s It Starts with Me Reward and Recognition was recently launched. Survey data confirmed morale was a challenge for the organization. Studer Education worked diligently with institution leaders to begin targeting key problem areas based on the results of focus groups and the initial employee engagement survey. The next step was to highlight areas working well, through the peer-nomination reward and recognition process. Schoolmaster says, “One of the things we really wanted to give back to the campus was a sense of community. It wasn’t necessarily just about rewards and recognition, but about returning the sense of community back to our campus.” This first event of reward and recognition was overwhelmingly successful. The event was not mandatory, but according to Schoolmaster, it was “standing room only.” She recalls, “When people were announced as winners, there was no commentary at all. Everyone felt those who won the awards deserved to win. People were overly positive about the whole thing. That day shifted the whole morale of the campus.” Schoolmaster asserts, “The next campus event doubled in size. People were enjoying themselves, and you could just tell the rewards and recognition ceremony snowballed into this new feeling around the campus.”

As discussed by our two partners, UWG and SLCC, gathering the evidence is important to set a future course that is appropriate for the organization. Equally significant for their individual journeys of improvement was the transparent sharing of survey results with all groups of employees. This is an opportunity for leaders to gather the facts and not just make a “best guess” for plans for improvement. Celebrating organizational successes and recognizing the specific work of individuals were part of both institutions’ action plans for improvement, contributing powerfully to making UWG and SLCC great places to learn, work and achieve. 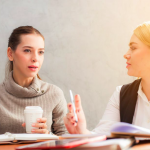 Ask What You Can Do to ImproveLeadership Fundamentals 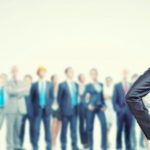