A NOVEL APPROACH TO FAMILIAR CHALLENGES: CREATING A COLLABORATIVE NETWORK

Situated in rural California, Tulare County faced some challenges that are not too unfamiliar to many districts. In addition to experiencing a siloed effect due to decentralization, 83 percent of students were not meeting fifth grade math standards. Using a collaborative approach with a cadre of teachers, coaches, site administrators and district administrators, a math network was formed to tackle the challenges head-on, creating a positive, “can-do” team culture that demonstrated results.

The team set high goals, including increasing collaboration and tripling the average student math score on standardized tests. The results of the collaborative efforts demonstrate how working together and thinking differently can create passion and positive results. At our 2020 What’s Right in Education conference, Shelah Feldstein of the Tulare County Office of Education shared the goals and results of this collaborative network.

Focusing on elementary schools initially, the overarching goal was to improve math scores, and students in many schools saw increases. In fact, many schools saw scores that exceeded the district average, and some schools realized the goal of tripling scores. Shelah highlights how significant this result is. She states, “This meant that the schools that initially were among the most underachieving were beating the district average.”

The goal of increasing collaboration among county schools was also met. Prior to beginning the project, levels of collaboration among schools were very inconsistent. Some schools were highly engaged while others participated in little to no interactions outside their own sites. After a single year, the connections were extensive. Establishing a learning community across school sites is not only possible but is, according to Shelah, “absolutely essential” in a rural context like Tulare County.

Shelah shared that teachers believed they were “fully transformed as a result of being a part of this community” and “would not be where they are if they hadn’t been a part of such a strong collaborative process.” Sharing ideas and data at school sites in classrooms brought the work to life and helped teachers connect to purpose.

The county also walked away with lessons learned. A mindset change, for example, was needed, moving from “what” (what should change) to “how” (how to change). This mindset shift was also needed to change from “coaches as people to coaching as an activity”. This new mindset lobbies for anyone being a coach. Clear expectations for data collection and sharing were also crucial, and sharing results throughout the network and county was paramount.

THE WORK CONTINUES: GROWING THE NETWORK

Why stop now? Encouraged by the results of the network and unwilling to stop at this first round of success, Tulare County has opted to continue with a “2.0” version of the project that moves the network efforts into the county middle schools. As this county has seen, learning communities and collaborative work can be powerful! Think about whether these approaches can improve your school’s or district’s performance. See what kind of successes you can produce!

If you would like to learn more about Tulare County’s work, watch Shelah Feldstein’s presentation from What’s Right in Education.

© 2019 Huron Consulting Group Inc. and affiliates. Huron is a global consultancy and not a CPA firm, and does not provide attest services, audits, or other engagements in accordance with standards established by the AICPA or auditing standards promulgated by the Public Company Accounting Oversight Board (“PCAOB”). Huron is not a law firm; it does not offer, and is not authorized to provide, legal advice or counseling in any jurisdiction. Huron is the trading name of Pope Woodhead & Associates Ltd.
0
EP134 We are Headed to a New PlaceAccelerate Your Performance, Podcast 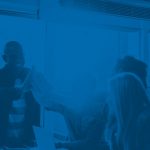